REVIEWING THE REVIEWS!! THE STATE

Well, perhaps it should be a new trend in journalism, ‘reviewing the reviews’, but Christopher Stevens’ outrageous, scandalous and completely cynical review of Peter  Kosminsky’s brilliant drama The State on All Four should get the man sacked.  Then if the Daily Mail wasn’t a paper that deals in the poison he headlines his ‘review’ with, which he suggests so wrongly Kosminsky is dealing in, its managing Editor would turn a ferocious eye on grossly irresponsible ‘journalists’ like Stevens, who so clearly looks for the big, tabloid shock, the fake outrage and the peddled ignorance, to further a career that should immediately go down in flames!  Which really should crash and burn, not because Stevens is the kind of fake journalist that the Trump camp pretends to attack, but because the review is so utterly wrong and so completely stupid too. 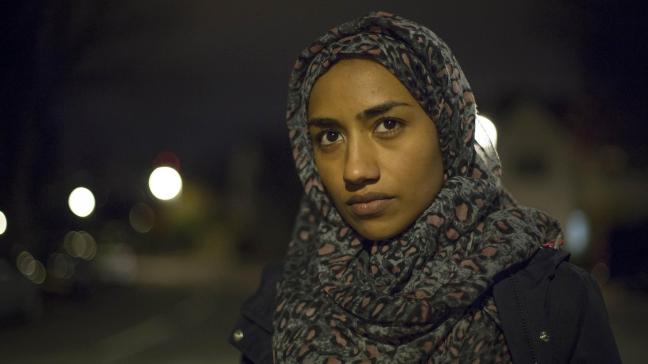 Then of course the Daily Mail is the ‘newspaper’ that can make such a farce of its own poison and hate that it fights a little-England campaign for Brexit, then dares to talk so indignantly on the front page about some supposed scandal in Europe, as border issues inevitably arise in France for British Citizens. No wonder not only Trump but all of us are disillusioned with whatever the Media is these days.

The State, which should have been run mainstream on Channel Four, is astonishing, and there is not one moment when it glorifies anything about Isis, fundamentalist Islam, or the extremist community in Syria either, with the focus on British Jihadists who have crossed the line and mostly try to cross back again. It’s take on Isis is frightening, brutal and above all so powerful because it is utterly convincing, deeply humane and above all gets to the very core of a problem with Islam, even deeper than Isis, the separation and subjugation of women, that political division of men and women that potentially divides us all,. With a profound understanding of extreme sexual politics too and the problem with any society that can operate under a supposedly absolute authority, namely Sharia Law.

What is so disgusting about Stevens ‘review’ though, when it bogusly tries to claim that The State is glorifying Jihad, is racist, or whatever he negatively means by ‘liberal’ either in any way, like the garbage Trump deals in, in his populist, bumbling rabble rousing, is that he has thought about nothing, doesn’t understand the purpose of drama and wants to cause outrage in his search to be a voice and get ahead. Stevens does not care, as Kosminsky so clearly does.

But then of course a paper like the Mail would rather this drama had never been aired because its lack of thinking is that if you dare to make ‘them’ human, like all those bloody immigrants, then you’re somehow in their camp. Wrong. If you want to understand and to fight ‘the enemy’, or just understand more and know your own values too, then this is precisely the kind of drama you need, with a deep understanding of Religious longing, the craving for absolute rules, just like the Daily Mail, or a sense of community too, which is such a profound and unaddressed issue in how people are radicalised. But, even inside that radicalisation, for Kosminsky people remain human beings, foul and fair, as they always do in real life, and it is that love of the human, and living drama too, in the face of the Religious and essentially Patriarchal brutality of Isis, that makes Kosminsky such a brilliant writer and which gives this drama such profound values too. He knows and tells us, for instance, that women have never just been simple victims and are as capable of vicious ideology as men, and of course it is women who have enforced traditions around the world like Genital Mutilation. But he constantly seeks for the reality, depth and humanity  of the individual.

The writing, directing and acting in The State are marvellous, the overall identification with the core characters totally harrowing, which just shows how thick the Daily Mail or Christopher Stevens are, and if it is a message that the Mail wants, then The State is completely right as well, which makes Stevens’ review so cynical and facile. Because The State shies away from nothing in really confronting fundamentalized, medieval, extremist Islam – sexual slavery and exploitation, the male desire to be a fighter and glory in manhood and power, of course rewarded by 72 virgins in Paradise, which is indeed glamorous to longing young men and also that intractable problem with any Faith, and the game of horror played in online executions that only sometimes happen. Recruiting on Social Media too, that becomes as much a lie about the reality for the people who have been recruited as anyone else. But perhaps its cleverest moment in dealing, as Kosminsky has talked about, with this ‘Death Cult’, is just a snapshot of the brilliantly acted black female doctor’s return on the beaches of Europe, that so needs a sense of its united values now, with her almost radicalised ten year old son, that makes you care about those real individuals trying to get to, or to return to, a better and freer world, above any statistics or compassion fatigue.  But only to be confronted with the more nebulous values, in one good sense, of our own frightened State, especially if the Daily Mail is anything to go by,  trying to send her back to fight the good fight against ‘them’. But also what a paper like the Daily Mail could make us too ignorant to talk about, or defeat, as it certainly should be defeated.

You can see, especially if you want to name and shame, Christopher Stevens’ ugly, wrong and fatuous review in the Daily Mail by Clicking here    More importantly you can watch Peter Kosminsky’s marvellously intelligent four part drama The State on All Four by Clicking here

David Clement-Davies’ grandfather was Liberal Leader in Britain in 1945 but now we’ve forgotten what dynamic liberalism really means and it’s no wonder when you bother to read ‘reviews’ in the Daily Mail. His grandfather met the German Ambassador on the eve of the war and commented that Evil always contains the seeds of its own destruction.  Nice thought.