THE CHILD’S EYE by Donald Sturrock

Tom Stoppard once wrote that the person who carries their childhood with them throughout life never becomes old. In this he spoke for many artists and thinkers, past and present, who have been inclined to cast a suspicious eye over the notion of adulthood, and celebrate instead the child’s perception of the world. 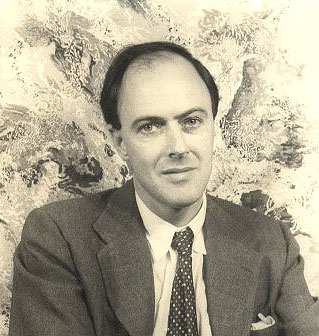 Roald Dahl was one of these. In old age, he often jokingly described himself as an ‘infantile geriatric’, or a ‘geriatric child.’ He was utterly confident that he still saw the world with a young boy’s eyes and once told me – with a proud twinkle in his eye – that he thought most adults were quite incapable of doing so. Dahl was an inventor of stories, and something of a fantasist, but he retained a razor sharp memory of his childhood. He could recall with ease the thrill of cycling down a hillside with no hands on the handlebars, the tedium of interminable Maths lessons, and the sensation of having a world of giants always looking down on you. More remarkable however was the fact that he also retained a child’s natural ability to invent and imagine, to live in the moment, to stop and stare and wonder at the marvels and mysteries of life – to recapture what Dahl’s friend and admirer John Betjeman described as the period “measured out by sounds and smells and sights, before the dark hour of reason grows.” 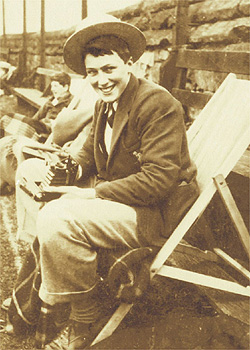 Dahl celebrated beyond measure the human capacity for fantasy, subversively exhorting his readers, young and old, to observe the world with “glittering eyes” because “the greatest secrets are always hidden in the most unlikely places.” In a similar vein he attacked the tyranny of contemporary information culture, when he argued that the nicest small children were those who have been “fed upon fantasy” while the “nastiest” were the ones who knew only a diet of facts. He was being deliberately provocative of course. But his celebration of playfulness, even of frivolity and silliness, had an important message – one that is all too easily forgotten in this current age, where observation and plain speaking are so out of fashion. Echoing many free thinkers before him, who tempered the sophistication of adulthood with the wide-eyed imaginative inventiveness of youth, he issued a plea to observe the world with fresh eyes, free of preconceptions and conditioned responses.

Some of the greatest composers possessed this aspect to their personality. Wolfgang Amadeus Mozart, for example, was composing operas of wit, elegance and refinement aged only thirteen. As an adult he became a revolutionary of refinement, whose compositions reached dizzying pinnacles of poise, finesse and urbanity. Yet alongside this cultivated wisdom, he treasured his child’s sensibility, delighting in pranks, jokes, scatology and invented languages until his untimely end, aged only thirty-five. The earthy wit of his final opera The Magic Flute remains testament to the sixteen-year-old, who on tour to Italy, joked to his father about the sights, sounds and smells of the Merdeiterranean. 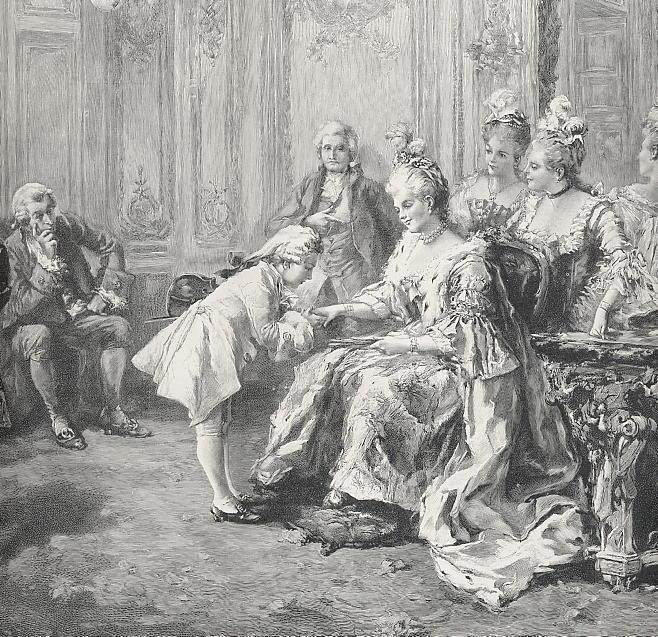 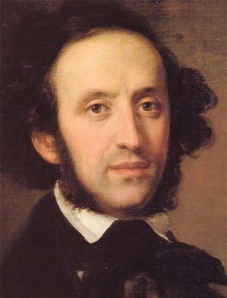 Not all child prodigies managed to hang onto that freewheeling joie de vivre. Like Mozart, Felix Mendelssohn Bartholdy was at the peak of his powers as a teenager. His magnificent Octet was composed in the autumn of 1825 when the composer was only sixteen and was partly inspired by the vision of an orchestra of flies, frogs, crickets, mosquitoes and a bagpipe blowing soap bubbles. It sent what one listener described as “an electric shock” through its first audience. Mendelssohn however would find that, in adulthood, his child’s eye grew dim. Though he too did not reach the age of forty, many of his later compositions lacked the wit, exuberance and daring originality of those from his chldhood. They became bogged down by a self-conscious desire to be serious.

But a desire for grandeur need not necessarily cloud the eyes of youth. Fifty years after Mendelssohn, Gustav Mahler was writing symphonies of unparalleled scale and ambition: works that he believed would embrace and express the universe. Yet he repeatedly drew on his childhood memories of nature, military bands and folk-songs when he needed inspiration. When analysed by Sigmund Freud. What did he talk about? His childhood. And many of his greatest and grandest symphonies drew on The Youth’s Magic Horn, a collection of poems which had thrilled him as a teenager. The verses are filled with innocence, humour, wit and perhaps, most of all a fantastical sense of wonder at the mysteries and strangeness of the world.

For Benjamin Britten too, childhood was a complex cocktail of emotions, among which was an acute awareness of the unexpected power of innocence and vulnerability. This also remained an ever-present force throughout his adult life. When asked why he wrote so often and so well for children, Britten is said to have replied: “Because I still feel like I am thirteen years old.’ It was something that also cemented his attraction to Christianity, with its regenerative belief that a ‘little babe so few days old’ alone had the possibility to ‘rifle Satan’s fold.’ Clearly all these writers and musicians retained their own distinct sense of childhood. However there was surely something in the child’s sense of magic, of an imaginative world untarnished by the compromises and cynicism of adulthood, that was also universal. This “spirit of youth” enabled each of them to be unselfconsciously original, daring and new. Each was always irrepressibly young at heart. It is a shame that this freshness of response is not more widely celebrated by more of today’s educationalists and politicians, who seem all too eager to see the world through the dull lens of examinations, targets, certificates and qualifications. In downplaying the importance of original thought, they would do well to remember the words of the mathematician and storyteller Lewis Carroll, who complained that he would “give all wealth that years have piled, The slow result of Life’s decay, To be once more a little child, For one bright summer day.” 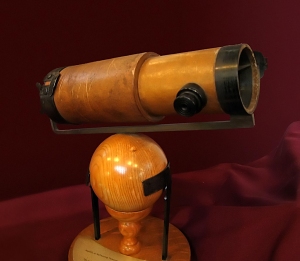 And it is not just the world of the arts that might benefit from such an approach. Two of Britain’s most brilliant scientists were sustained by their own child’s eye: Charles Darwin and Isaac Newton. As a child, the playful inventiveness of the former infuriated his teachers. As an adult, that same quality would enable him to rewrite the fundamentals of biology. Newton personified his attitude to knowledge as being that of a child, writing that he saw himself “like a boy playing on the sea-shore, and diverting myself now and then finding a smoother pebble or a prettier shell than ordinary, whilst the great ocean of truth lay all undiscovered before me.” If only more people could take this metaphor to their hearts, the world would surely be a happier, more imaginative and more exciting place in which to live. Donald Sturrock – Feb 2011 Donald is profiled below. The next Phoenix Ark essay will be by the Historian Saul David. The images are Dahl in adulthood, and in Repton School uniform, Mozart visting Madame Pompadour, Mendelsson, a replica of Newton’s telescope and Collier’s portrait of Charles Darwin.