CHANGING THE CULTURE, BY SEEING THE WOOD FOR THE TREES! by Peter Bennett 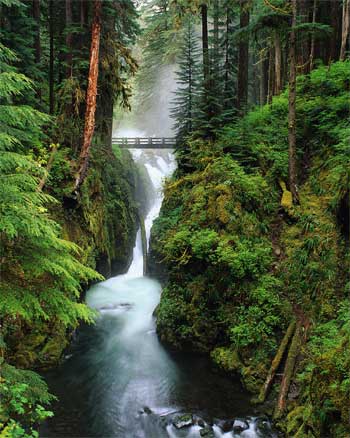 I am not a writer, as such, nor a storyteller, a very rich tradition among many of the cultures I’ve been privileged to visit and work with. But I do have a passionate love both of wildlife and trees. Before I’m accused of being a Prince Charles style ‘Tree Hugger’, an accusation I can in fact easily accept, I remember some of those tales from childhood where trees play such an inspiring role. Think of their mystery in Fairy Tales, think of the triumphant Ents in Tolkien’s Lord of the Rings, overthrowing the mechanical horrors of Isenguard, think of the doorway to other worlds they represent in so many myths and stories. This past year has been one of the toughest, yet most productive, in the 17 year story of our Charity, Rainforest Concern, and trees are indeed our passionate concern.

If I may turn to realities though, 2009 ended with the Copenhagen summit on climate change. High on the agenda there was avoided deforestation, in other words, efforts to curb deforestation in mainly tropical areas, for their importance in storing carbon. What they also protect in terms of a biodiversity of life and culture, human and animal, is rarely underlined enough. Although Copenhagen was generally perceived as a disaster, due to the US and China’s inability to agree on a legally binding accord on reduction in emissions, the single issue that was consistently prominent in discussions was forests. Perhaps people are at last beginning to see the wood for the trees then, although what both represent in terms of natural beauty, undiscovered medical breakthroughs, mystery, inspiration and spirituality is almost impossible to quantify, in terms of the economics driven models of modern life. But Reducing Emissions from Deforestation and Forest Degradation in Developing Countries (REDD) has at least become a key part of the international negotiations on climate change. Nonetheless, this is still only an expectation, with no real agreement yet, and in the meantime forests need our help more than ever. Let’s cross our fingers and our branches that the modest progress which it is generally agreed was made at the summit in Cancun in Mexico last December will offer real hope in future, but that progress remains very modest.

As always too, it’s my firm belief that we cannot wait until governments act decisively to protect our natural environment, and Copenhagen and Cancun illustrate how important it is to act privately and strategically to conserve our forests, and the vast diversity of life they support. Most significantly, last October our partnership with Gaia Amazonas succeeded with the declaration of a new national park in the Caqueta Basin of Amazonian Colombia. A staggering one million hectares of pristine wilderness, the newly created area, is the first park to be run by the indigenous people who still live there, as they have always done. The trees, the animals, the earth and the skies are a vital part of their culture, and one to protect, while doing so also helps to protect a biodiversity of cultures right across our planet. Indeed it protects the lungs of the planet itself. Thanks to the generosity of a unique foundation, we have now secured funding to dramatically increase this protected area.

However, conservation work should not be measured purely in terms of large tracts of protected forest. By contrast, the Pacuare Reserve in Costa Rica, at just 1,000 hectares, witnessed the largest number of leatherback turtle nests in the project’s 20 year history. This we hope may represent a turnaround in the decline of these magnificent creatures, still categorised as ‘critically endangered’. There are other success stories in Chile, Costa Rica, Panama, Ecuador, Brazil, Peru and Romania.

Thankfully and not before time, there has recently been a growth in robust certification standards for carbon forestry projects too, and we’re very much in tune with these developments. The charity’s Forest Credits programme continues to gather momentum and has just launched its dedicated website: www. forestcredits.org.uk. All the funds generated through the programme will go to protect and expand our first verified carbon offset conservation project in the Choco-Andean Corridor in Ecuador: the Neblina Reserve. Another two Forest Credits projects are in the pipeline for verification. But, for a Cultural Essay, it is right to end on a more literary note. Remember how long those great, wise trees in Lord of the Rings took to stir themselves and fight back against the dark. If that is just storytelling, perhaps everywhere people, if not governments, are beginning to wake up to their vital defence, and all that thrives in and around them. Peter Bennett March 2001. Peter is the founder and head of Rainforest Concern. To see all the work the charity does visit their website by clicking HERE