ART AND HISTORY: BLURRING THE LINES by Saul David

It is 40 years since the liberal Marxist historian E.H. Carr published his celebrated ‘What is History?’ As a young student in the 1980s I was intrigued, and slightly alarmed, by Carr’s contention that all historians are subjective, in the sense that they choose which ‘facts of the past’ to turn into ‘historical facts’; and that you should always study historians – and the potential bees in their bonnet – before the facts. ‘When you read a work of history,’ he wrote, ‘always listen out for the buzzing. If you can detect none, either you are tone deaf, or your historian is a dull dog… By and large, the historian will get the kind of facts he wants. History means intepretation.’

Yet Carr was convinced that history was a social science and not an art, because historians, like scientists, seek generalizations that help to broaden their understanding of a subject. He felt that while historians could not predict the exact future, their generalizations could give an insight to both the present and the future. It all sounded pretty convincing to me – as a student. But as someone who has since taught history at university, written both popular history and historical fiction for commercial publishers, and presented history programmes for TV and radio too, I find it increasingly hard to see history as an academic discipline, let alone a science. Most professional (or academic) historians are taught, and teach in our turn, that the unpublished and preferably untouched archive – first-hand and contemporaneous – is king. But is it really to be trusted? Most works of history are constructed from a mixture of incomplete and often partial sources – both primary and secondary – that can mislead, as well as illuminate. The very records themselves available have often been ‘written by the winners’ and even at its best and most reliable (in the sense that the author has not actually made anything up, or deliberately omitted details he knows will undermine his argument), history can give no more than a hazy artist’s impression – almost like an early daguerrotype – of a past event or period. 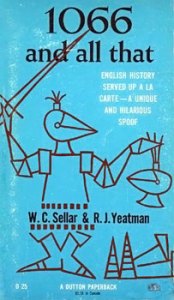 Does this make the writing and study of history a pointless exercise? Not at all. Even in its typically biased and unsatisfactory form, the best history can still give us some insight into the past and, potentially, the present and the future too (and to do that it does not require Carr-ite ‘generalisations’). Certainly most political crises are rooted in recent (and occasionally longer-term) history, and can only be properly understood (and potentially fixed) if decision makers are aware of the historical context. The key players in the Palestine peace process, for example, would do well to read Simon Sebag Montefiore’s even-handed Jerusalem: A Biography. Yet it is of course a cliché that the greatest lesson of History is that no one learns the lessons of history. If that were not so it would be to imply that there is something teleological to History itself, moving to a Telos, an unfolding purpose, and giving some perfect ‘lesson’. Much as Fukayama tried to imply, with his rather idealistic best-selling thesis on ‘The End of History’, by suggesting the liberal Nation State is now the accepted solution to those supposed lessons. But what happened after 9/11 and in Iraq might suggest the opposite and, of course, unless you are a Marxist, History is not deterministic, things not inevitable, though they may seem so viewed in hindsight. Which is why the ‘artistic’ and ‘intellectual’ values of good histories themselves, to influence culture and insight, and affect contemporary decision-making, so vitally comes into play. That is History as dialogue and living culture. 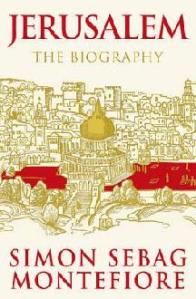 Which brings me though to the concept of history in fiction and literature. Since the recovery of the past is to an extent an act of imagination, involving the prejudices and capacity of the beholder, can the novelist, with their perceptions of reality, character, why and how things happen, not get just as close to a possible reality of ‘what really happened’, or ‘what it was like’? Tolstoy believed so, being the kind of auto didact who would brook no other perceptions of truth. People famously marvel at the human truth of his fiction, War and Peace or Anna Karenina, yet dismiss his theories on history, which at times approached the almost scientific, the atomically deterministic, in his ideas on the lack of free will, or the mysterious actions of the Russian soul in defeating Napoleon. Yet actually those dismissed ‘Historical’ ideas were probably essential in turning him into the kind of prophet he became, who ended up dismissing the value of fiction too. There is the theory too that History should actually just be a growing collection of personal biographies, although again comes the question of how good, true or biased is the biographer, since you tend to fall in love with your subject. From the artist’s perspective, a great writer like Bulgakov believed that you could only get to the truth of an artist’s life by trying to inhabit his very style, much like Keat’s ‘Negative Capability’, and hence his glorious ‘storytelling’ of Moliere’s life.

Must there not be rules or at least standards though, beyond the complete acceptance of the subjective, and moving towards the purely fictional? If history itself often becomes a fact of cultural bias, or propaganda, do the problems of Historical truth make it acceptable that Hollywood often takes such extraordinary liberties with historical fact, or that dictators do? I do not think so, British writers on the Second War do not think so, especially for serious ‘world’ histories. Or is there a fascinating cultural space in the Dream Factory where American or British voices, playing Roman generals, in language suitable for 1920’s Chicago, proves that we are all always being strangely translated, like Bottom in a Midsummer Night’s Dream?

Then you might move intellectually into the realm of modern scientific insights into Space-Time, and ‘reality’ at the subatomic level, the Quantum perception that the viewer affects the experiment, and wonder what it is we are truly perceiving, and with what mechanism, or who gets closer to truth, the historian, the scientist or the artist? Perhaps only all together, and of course ‘truth’ itself is a loaded concept. Like Wittgenstein’s perception of the imprecision of language then, should we just define truth as a guiding ‘tool’ to that ‘which is not false’? That is the rigour of not falsifying fact, yet the motivations of human character and action are always filled with falsehood, as truth, and influenced by prevailing beliefs too.

Studying A-Level history, I had two very different teachers: one who gave me a stock answer to particular questions; the other insisted there was no one answer, and that we were to construct the most plausible scenario from the evidence available. I thought the latter lazy and misguided; only later did I understand that history’s value is to train you never to shut your mind to an alternative scenario. It really is, as Carr put it, ‘an unending dialogue between the past and the present’; and one that relies more on a historian’s instinct (particularly about human behaviour and motivation) than is generally admitted. Maybe this is why so many historians (myself included) have recently turned their hands to fiction. For only by removing the shackles of so-called historical methodology – including the strict embargo on supposition and extrapolation – are we able, finally, to get close to the ‘truth’. I suppose, for each of us, its value and quality, in a living cultural sense, depends on both the rigour and depth of our own imaginations and, as in many disciplines, what really matters are the kind of questions we are willing to ask about what is ultimately important to us all. Saul David March 2011, with suggestions and editorial by David Clement-Davies.

The pictures are public domain photos from Wikipedia and the Guardian bookshop and show EH ‘Ted’ Carr, a rare cover of Seller and Yeatman’s classic, Jerusalem the Biography, The Tao of Physics, and Karl Marx. Saul is profiled below.

Filed under Books, Education, The Arts