Phoenix Ark are delighted to publish an essay/short story first scribed about 18 years ago, pre The Taliban days and after Russian occupation of Afghanistan, when the mujahedeen had begun to tear each other apart and refugees were flooding over the borders into Pakistan. 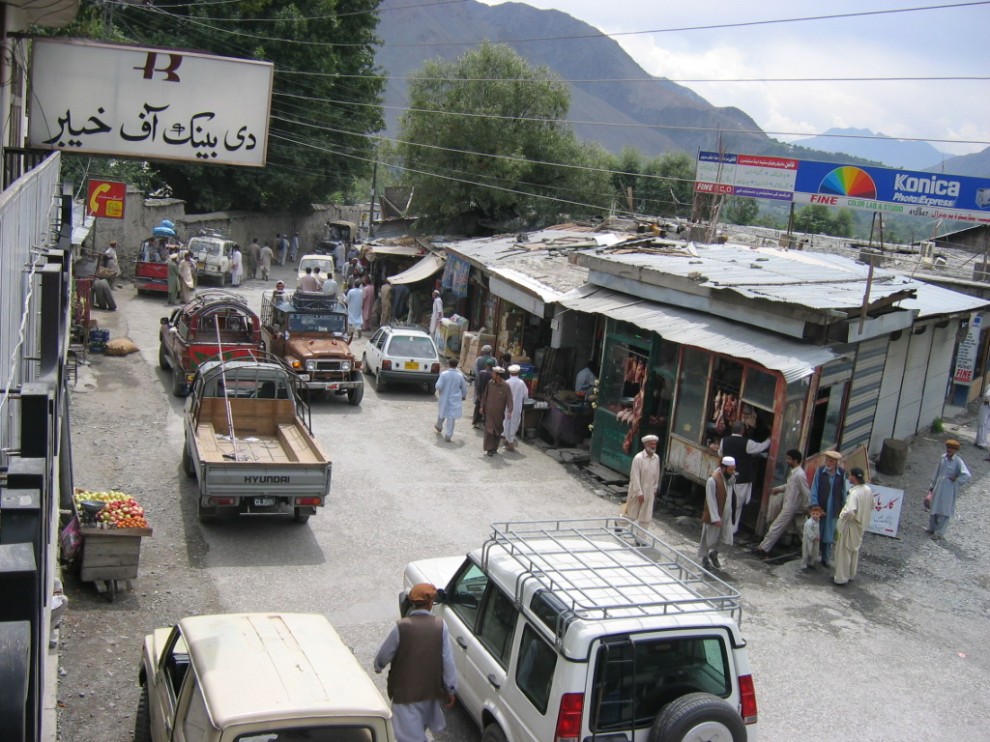 Bismillah seemed an unlikely paramedic. I first suspected he was a hypochondriac too when I offered him a banana and he sternly replied, “No thankyou, Hanry, I’ve had experiences with bananas. They give constipation. And kebabs, they give diarrhea.” Bismillah was obsessed with his health. Whenever I asked him how he was, he’d reel off his illnesses like a waiter rattling off the specials on some exotic Eastern menu: hepatitis; colonostitis (I think he meant colitis); tonsillitis; a bad knee; high blood pressure, you name it, the list went on.

Bismillah had lived in Kabul. When the Russians left and the mujahedeen set about tearing each other part, the city became far too dangerous for his family. So he had escorted them to his village in the Panshir Valley, four years earlier, North East of Kabul, in the middle of the Hindu Kush. From there he crossed over the border into Chitral, in search of work. Bismillah often spoke of returning to Afghanistan to fight, although somehow he seemed as unlikely a fighter as a paramedic. Once I asked him if he really meant it and he curtly replied, “I have no information on that.” He could never give an outright ‘no’ to anything. If Bismillah didn’t know the answer to something, he’d just say he had no information on it. That day he added, “There’s too much blood. Our children they eat blood from our soil and grow strong to fight.”

Thoughts of Kabul were never far from Bismillah’s mind though. I remember once when we were driving along together and had to stop for a herd of goats wandering across the narrow, dusty road. Bismillah frowingly announced, “This goat come all the way from Afghanistan. He lucky to escape the rockets, but now he get eaten in Peshawar!” “You mean these goats,” I said, helpfully. Bismillah was always eager for me to correct his grammar. “Sorry for my error and thank you for the plural, Hanry,” he smartly replied. “I live in singular because I only have one wife. When fighting stops I return to Kabul and take second wife. Then I think in plurals and say – Hello wives, how are yous?” With that thought he stopped the jeep, grabbed a pen from his pocket, and scribbled down his address. It went on for about half a page, ending ‘just next to botle shop oposit barbar.’ “You must come and visit me, Hanry, when the fighting is over,” he insisted, thrusting the page into my hand. Bismillah often spoke of returning to Kabul. After that he lapsed into silence, just muttering “I talk too much. My larynx hurts and my left buttock has numbness.”

I first got to know Bismillah when I grew ill in Chitral, and was forced to visit the clinic for Afghan refugees, where he worked, carefully carrying my delicate stool sample with me for analysis. The clinic was run by a tall, languid Danish doctor and staffed by Afghan paramedics, who had received some sort of medical training in Afghanistan, before the war. When I returned for the results of my test, a triumphant Bismillah gleefully informed me, “Miss Hanry, you have many many amoebas, bacterias and worms, where do we start?” Then, as if to confirm this glorious news, added “I examine your stool extra carefully because I know it belong to English lady.”

Bismillah despaired of the number of times I fell ill. “Hanry, you not strong enough for this mountain life,” he declared one day. Maybe he was right, but my afflictions seemed so trivial compared to what I used to see while I waited for my regular stool results to be announced. Refugees would stream in from over the border in Afghanistan, many with limbs dangling off, after stepping on or bending over mines. One poor woman came in with a stomach ache which refused to go away. When the Danish doctor opened her up he found a surgical towel scrunched up inside her – the size of a bath towel.

On one of my visits to the clinic, Bismillah announced I would teach him and his fellow Afghan medics English. “We need English words for illnesses and medical matters. You teach us one time a week. We learn quickly,” he said and I could think of no reason to refuse. I grew to look forward to my once-a-week sessions at the clinic hugely. We would sit together on the floor of a large single room, lounging on fat cushions and colourful Afghan carpets, while I delivered up the basic building blocks of English grammar. As Bismillah predicted, my Afghan students were quick to learn. Bismillah was always the quickest of the lot though. He would say eagerly but respectfully, “OK, OK, Hanry, thankyou for the common noun, now learn us the pro-noun.” Then, “Thankyou for the pronoun, thankyou for the possessive pronoun. More nouns?” It was as though I always taught too slowly. But whenever the lesson slipped into laughter, as it often did, he’d shout seriously, “quiet now, Hanry teaches us”.

After the lesson we would feast on plates of Afghan pilau, then someone would start to sing an Afghan song or two. They always sang my favourite just for me, Man Yek Sarbazam, (I am a solider) which they told me was about the Mujahadeen struggle for freedom against the Russian occupation of their country. One day an English friend came to stay from Peshawar and we had a party. The paramedics turned up, all of them, led by Bismillah. “We are ten,” he announced sheepishly, as I opened the door and in they all trooped. They’d brought Abdul the cook, with his Zityr, and Aziz the chowkidar, with a bright red drum. They lined the spaces around the side of the room and immediately began to play and sing. Soon the dancing started. One by one, each Afghan would be tossed into the centre of the room, feigning resistance for a little while, before giving in. He wouldd move slowly at first, quickening with the drum beat, working to a crescendo of dervish-like whirling, before collapsing in a shattered heap back on the floor. “We disturb you? You give us permission to leave,” Bismillah said suddenly. According to Afghan culture, you can turn up at any time of the day or night at someone’s house, but you cannot leave until your host permits you to. “You may go,” said I, not wanting them to go at all.

One day Bismillah invited me to his home. He lived in one of the Afghan refugee camps along the river, in a tiny two-room house that he shared with his cousin, Javed. The camp was a shabby cluster of half-deserted mud-built houses, clinging to the river’s edge, tucked beneath the looming shadow of the mountain, where the narrowness of the valley hides the sun completely. During the rains, the houses would slide over the bank and straight into the river. “You fall in here you finish in Kabul,” Bismillah warned me, with a touch of longing in his voice, as we drove over a rickety bridge and into the camp.

As soon as they saw us, children raced out to greet us, with grubby little faces full of hope. Hope for a treat, a sweet or just a crumpled ruppee note, something new to brighten up the greyness of their days, even a chewed biro top would do. I spied a little boy wearing a once pure-white t-shirt, with ET barely visible through the grime. “Ask this little boy if he knows who ET is,” I said to Bismillah, remembering that famous ‘PHONE HOME’, and he bent down and spoke to the little boy in Farsi. Bewildered, the boy remained dum, so Bismillah turned to other children in the crowd and tried to coax them into speech instead. They stared at him just as blankly, mouths agape and perfectly silent. Bismillah stood up. “They don’t know ET. They don’t know any film, these children. They have no VCR, no papers, no country.”

In the end Bismillah was laid off from the clinic for selling medicines in the bazaar. He decided to return to Afghanistan to join his wife and children, fed up with being a refugee. “Chitral is jail,” he told me. “Even the water here is dirty.” I asked him what he’d do though, when he returned home, thinking of a fighting Paramedic. “I have no information on that!” he replied. “I do whatever I can for my family, to survive. We are desperate people, us Afghans, we are flotsam and jetsam of world“, and with that he bade me goodbye.

Copyright Henrietta Miers 2011. Henrietta Miers was an aid-worker in Chitral, in the North West Frontier Province of Pakistan. Famous for fighting for difficult causes, and for telling the truth, she has worked in many countries, for the Agha Khan Foundation, and for Dyfed. She is a mum, and married to the War Correspondent Patrick Bishop, which just goes to show – ‘wisdom is a woman, and loves a warrior.’ She plans to write much more about all her travels and experiences, and we thoroughly recommend it. The picture is a public domain photo from Wikepedia of Chitral Bazaar.