Have you seen the news that Mr Masterchef himself, the ever charming and supremely talented Michel Roux has just fallen out with the increasingly tasteless and cynical BBC over continuing tv culinary delights. He has our sympathy, especially because we can’t afford to eat at his restaurant and would love to, but perhaps he needs some heartening words about the rich biting back.

Michel might like the taste of the Demon Barber of Fleet Street, Sweeney Todd, in Horrid Heroes and Crazy Crooks below, which contains both him and a feast of TV Masterchefs. 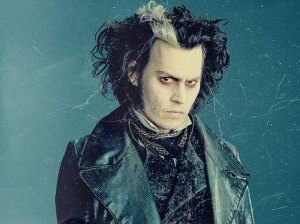 Since everything on TV nowadays is celebrity chefs, here’s another from HORRID HEROES AND CRAZY CROOKS by David Clement-Davies, with cooking, murder and Master Chefs in mind…