RAISING YOUR GAME IN PLETTENBURG BAY? A VISIT TO AN ANIMAL RESERVE 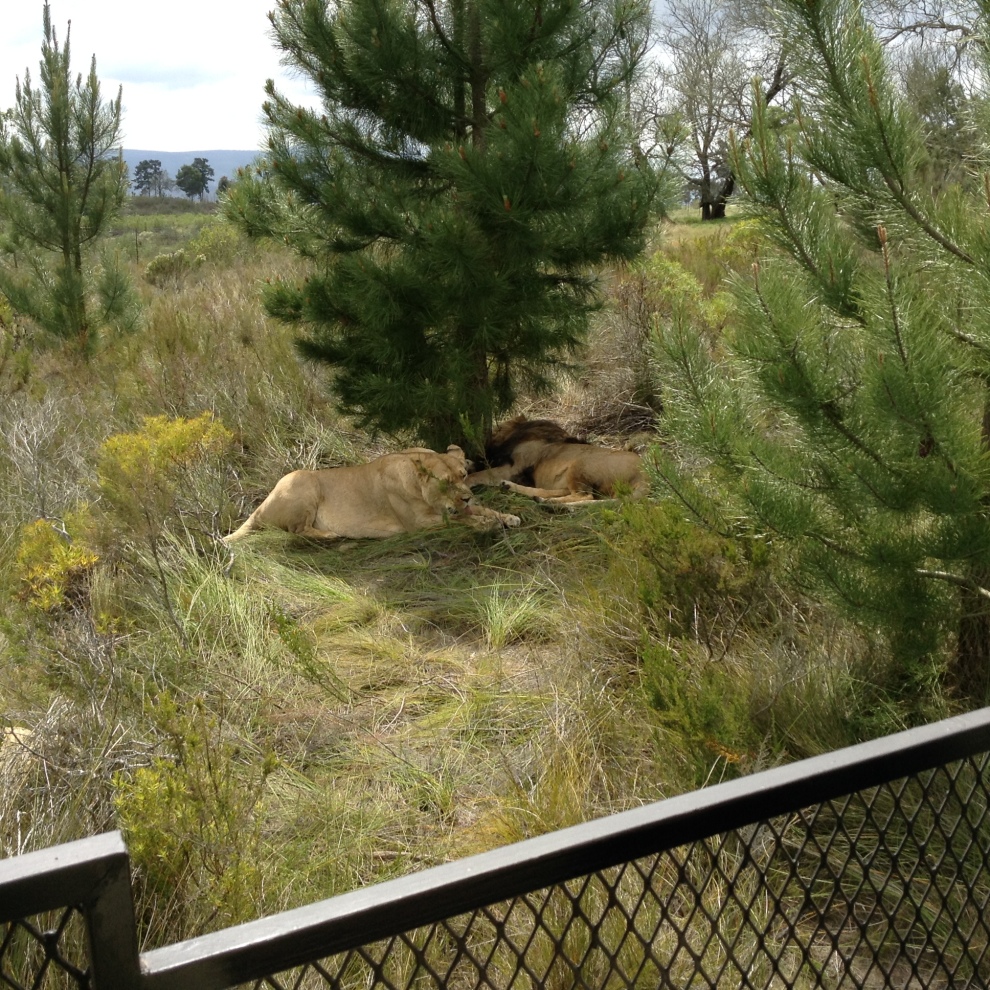 Perhaps all is managing expectation and when I dreamt of a South African Safari it was certainly dreaming of the real wild. For that though you will have to go up to the Karoo or the Kruger National park and give its perhaps a couple of weeks. Instead, in the Southern Cape, and for a short visit, come the smaller Game Reserves, often in danger of carrying the label of a zoo. But which also allow you to get very close to some wonderful animals you might not even see in the real wild and taste something of the ‘Safari’ experience. One example is the two and a half thousand hectare reserve just above pretty Plettenberg bay. Plettenberg being a place worth a visit in itself, for its delicious golden beaches lapped by the warmer Indian Ocean, lunch at the eccentric Grand hotel, or some Rock n’ Roll among the young at the ‘Plett Rage’, when wealthier finishing students make for the beaches for a party.

Plett game reserve, in life’s weird synchronicities, was, until 2004, a grand farm where my companion Arabella had stayed with the owner for a local wedding. Now it has been converted by the new owner Leon de Kock into a somewhat faded, old colonial style residence, its grounds, little kloofs and water holes populated by bontebok, wildebeest, small herds of zebra, spring and many water buck, hippo, five lolloping giraffe and more. They have just taken in a group of Elephants from the neighbouring Knysna park, though these are Africans, not the smaller Knysna elephant indigenous to the region. At first, in learning the ropes, they lost many animal to cow ticks and tick fever, which must have been distressing, but now the animals seem to be flourishing.

For a start, in beginning to discover the Safari thing, among the endless tourist leaflets here advertising Monkey world, a wonderful bird park, a snake sanctuary, shark diving or the highest buggy jump On Earth, if you’re guaranteed ‘the big five’ raise an eyebrow. Those are the five most dangerous animals to hunt on foot – Lion, Elephant, Rhino, Leopard and Buffalo – though by the end of it we decided it was time for a bit of linguistic social re-engineering and that the term ‘Game’ should be dropped altogether! But the point being that unless they have a caged animal, like the Cat Conservation centre we visited too, you will very rarely see the still plentiful Leopard. Like the roaming packs of wild baboon, Leopard sometimes come over the fence at Plett, sadly at the park recently taking one of the baby Giraffes, but Leopard are not creatures you should expect to get up close and personal with, or especially want to. It always fills me with anguish to see a Leopard prowling a human fence, though all those centres have some benefit in educating the public.

Plett have a little herd of African buffalo, those big horned beasts with such a determined nature that if you get on their wrong side they will start to circle like any predator and hunt you instead. We got close with our guide Kiviet, who had previously worked in Law Enforcement with Cape Conservation on the floral front, in one of the reserve’s open sided tour vehicles, to see the park’s two white rhino – interestingly it was meant to be ‘wide rhino’ from the shape of their mouths – couched in their dusty holes nearby too, their horns cut to deter poachers, one of which is pregnant.

If running such a park as Platt is probably a rich man’s game anyhow, there is certainly the potential of money in the ‘Conservation’ business, in breeding and selling on animals to other parks. It is closely monitored by the Government Environmental agency Cape Conservation, but apparently one stud Buffalo went for close to a million pounds. Its darker side, as we learnt at the Cat Conservation centre, gazing at the slinking Lynx-like Caracal, the Servil cats, or the magnificent White lion showing off his huge, pearly teeth in the sunlight, is something called ‘Canned Hunting’. That is the breeding of Lion, the charging of fees to idealistic foreign students to nurture, study and rear them, but their eventual certain delivery to the gun and easy bullet of some macho moron, paying a premium to feel like a Man. Lion are certainly endangered, as are Rhino, while Cheetah nearly went extinct twice, so perhaps breeding and reintroduction programs are their best hope. Interestingly Elephant do not have a particular value to the breeding business because they are so destructive to the flora.

Plett have two Lions we got right up next to, lounging langerously in their 4 hectare enclosure, like the shy Cheetah in his, or the little group of sadly endangered orange-black wild dogs. You need a license to breed Lion officially, with strict rules for space, much better at Plett I thought than the small enclosures at the private Cat Conservation centre. They had thought the male Lion here sterilized but this time nature got through and the Lioness had four Cubs, moved on I know not where. Actually even the hunting aspect of conserving ‘Game’ is more complicated, since if the entire planet has become something of a zoo, even in the huge African parks culling is often necessary, especially of Elephant, and some argue that re-legalizing the controlled ivory trade would destroy the poaching market and bring in money to the parks. As important is destroying myths like that Asian belief in the aphrodisiac power of Rhino horn, no different to human nails. “Hunting has its place though”, said Tim from Edinburgh, who has given up his family Kitchen business in the UK to become a ranger, still in training, “but don’t get me started on Canned Hunting.” Tim had read the astonishingly violent and graphic Wibur Smith novel I’m reading at the moment, Elephant Song, indeed his knowledge of a Leopard’s attack may well have been lifted straight from its pages.  Smith not only tells a rollicking if very bloody tale but is famous for his research and no holds barred take on Africa. If even a half of it is still true perhaps you’d do well to stay somewhat shy of the real wild, human and animal.

Meanwhile, wild or not, we were on holiday and despite the sense of Windsor Safari Park in the UK, it was delightful to get so close to them all and from our balcony at Baroness lodge to have such lovely views of the twisting Tsitsikamma forest, the burnt orange browns from last year’s fires, and beyond a sweeping range of blue remembered hills, under clouds like Cape surf. The baby hippo raising its little head and flicking its ears in the cool water, the motionless crocodile, the elephant munching magistically not twenty yards away, the little heard of remarkably tame Inyala antelope hiding in the trees by the Lodge’s wooden walkway, or grazing the lawn at breakfast, were all inspiration for a bigger adventure, and to learn more both about the animals and the challenges we all face in trying to honor and conserve them. With the facilities at the Reception’s big lodge they might do something to encourage and sell Conservation studies and conferences here too.

As for the park, the people were warm and friendly and it is precisely for that reason they might be encouraged to raise their game in the hospitality stakes, or take on a bit of the ‘Gordon Ramsey’ makeover. Visits here are perhaps slightly cheaper than other reserves, but it is still a lot of money for your average guest if you are staying, and so a pity that it rests too much on its old colonial laurels: The cracked kettle, the chipped floors, the African artifacts slipping out of their odd frames on the walls, the dim lighting, the tatty Reader’s Digest library, the odd urgency over serving supper by a set time, the lack of choice on the menu, the limited wine list in the land of vines. It’s often my experience that when they say it’s all about the animals, as they do here, they forget we human animals have expectations too for a hard earned buck, and that things so easily done might be attended to with a bit more style for their own business.

Against that I’d set the charm of the roaring fires when it got chilly, the smiling waitresses who like their job, the splendid thunder box of a loo up three stairs and the plentiful breakfasts in the veranda by the pond, beyond the big King Kong gates, flowering with purple water lilies, bobbing with the odd terrapin, and bombarded with beautiful yellow weaver birds urgently stitching their grass nests into pendant purses, in the hope of a colorful future in our very competitive world. Occasionally a hippo wanders up for a dip in the damn and the Hippo road signs add to the charm. We even saw a zebra crossing. I suspect the stock-in trade here are the day visits from Plettenberg and two are really enough to take in the whole park, the best experience being one drive and one ride, on the gently strolling horses, a walk on horseback right among the animals being a different magical adventure in itself. Though families come for Christmas they might encourage longer stays at the lodges themselves, one or two nights are enough, by injecting a new passion and style into the hotelier side of business conservation, though it’s certainly a place to share the love of animals.

David Clement-Davies stayed at Plett Game Reserve at 50% cost, in return for coverage. For information about staying at Plett or daily drives and two hour horse Safaris go to PlettGameReserve.com   The photo shows the Lion and Lioness at Plett.